Everything You Need To Know About November 20 Elections In Nepal 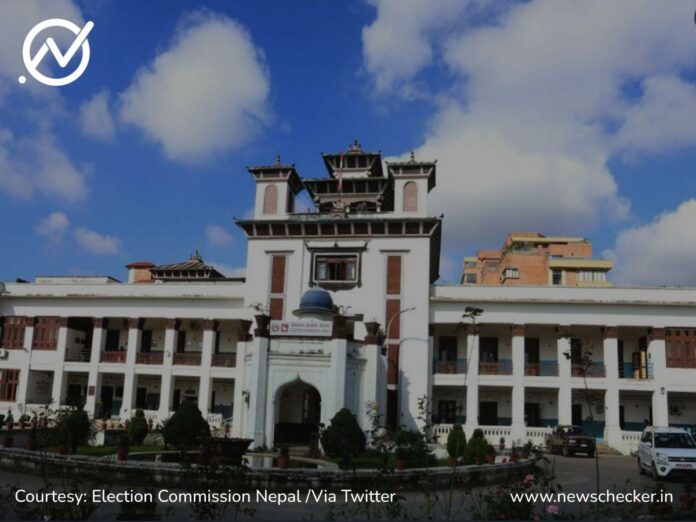 As the clock is ticking down to November 20 elections, many eligible Nepali voters have made up their mind to head to their respective polling centres. This is the second time Nepal is going to conduct its elections to the federal House of Representatives (HoR) or Parliament and seven provincial assemblies after the country adopted its new constitution in 2015. There is one federal Parliament or House and seven provincial assemblies in Nepal. The first parliamentary and provincial elections were held in two phases in 2017 after the new constitution declared Nepal a federal state with three levels of government—Federal, provincial and local. Unlike in 2017, this time the election is going to be held in a single phase, while the voters need to cast their votes in four different ballot papers.

What is the number of seats in the federal House of Representatives and how are they elected?

The federal House is the lower house of the bicameral legislature which has 275 seats in total and they are elected by voters through a mixed system. Of the total, 165 members (60 percent) are elected through first-past-the-post (FPTP) system, which means candidates are directly voted by the people in their respective constituencies, while the remaining 40 percent, or 110 members are elected through Proportional Representation (PR) system. So, the voters will have to vote for the party of their choice in a separate ballot paper for the PR system.

Number of seats in seven provinces

What is the Proportional Representation system?

The HoR members of provincial assembly members are picked proportionately based on the number of votes they receive from across the nation and province. The main objective of the PR system is to ensure the representation of women, Dalits, Janajati (indigenous), among other minority groups in the governing structures. A total of 48 political parties contesting the federal and provincial elections have submitted their closed lists of PR candidates to the Election Commission. However, there are criticisms that the PR candidate lists submitted by the political parties are not inclusive.

What is the number of candidates and voters?

According to the final list registered with the Election Commission, 2,412 candidates including the independents and 57 political parties are contesting the HoR election. Among them, 2,187 are men and 225 are women. Likewise, 3447 candidates are contesting for 330 provincial assembly seats that include 2,943 men, 280 women and one other.

Likewise, there are 2,199 candidates for proportional representation seats in the House of Representatives.  A total of 17,988,570 voters registered with the Election Commission are eligible to vote in the elections. Kathmandu district has the highest 10 federal constituencies.

How is the representation of marginalised groups in fielding candidates?

The major political parties have fallen short when it comes to ensuring proportional representation of historically underrepresented groups while fielding candidacies under the first-past-the-post electoral system. Almost all the political parties have a very low number of candidates in both federal and provincial constituencies from women and other minority groups. The CPN-UML have given only 11 tickets for women out of 141 candidates for the federal House of Representatives. The Nepali Congress has included only five women among its 91 candidates, while the CPN (Maoist Centre) has nine women among its 47 candidates. The CPN (Unified Socialist) have fielded only one female candidate among its 19 candidates.

Similarly, at provincial level, only 297 females have filed their candidacies among the total 3447 candidates in the seven provinces.

However, Article 84 of the Constitution of Nepal stipulates that at least one third of the members elected from each political party to the federal parliament should be female.

The major political parties have also failed to ensure fair representation while picking candidates from other minority groups such as Janjatis and Dalits. Party leaders blame the compulsions of alliance politics for the failure to ensure proportional representation

How are the major political parties forming alliances to contest the elections?

Observers say that the current electoral alliances between Nepal’s political parties can be dubbed as a marriage of convenience as they are poles apart in terms of the political ideologies and policy goals. This election has changed the equation of the parties. We can recall the 2017 elections when Dahal and Oli, who are now in different camps, were allies.

What pledges have the parties outlined in their manifestos?

The main opposition CPN-UML, which remained in power for nearly three and a half years, has vowed to resolve the citizenship issue within the six months if voted to power. The party has also committed to double the per capita income to USD 2400, apart from generating 500,000 jobs every year.

The ruling Nepali Congress has promised an integrated Social Security Programme ranging from free-of-charge medical tests for pregnant women to reducing the age limit for elderly allowance under the slogan ‘from womb to tomb’.

The CPN (Maoist Centre), a key partner of the current ruling alliance, has reiterated its earlier stance of adopting a directly elected presidential system and fully proportional electoral system.

What do young voters expect?

Young voters in Nepal seem disillusioned with the ageing leaders of the political parties and their failure to address the concerns of voters in the past. A campaign named “No Not Again” that is trending on social media demonstrates the fact that young people are fed up with the old leadership. Growing unemployment, corruption and high inflation have forced the young population to migrate in search of better opportunities.

Some young voters Newschecker spoke with said that they expect the candidates to create an environment for them to stay in the country.  Therefore, the political parties cannot turn a blind eye to the concerns of the youth who make up a large portion of voters.

When the election results will be announced

Talking to the Kathmandu Post daily, Chief Election Commissioner Dinesh Thapaliya said the commission expects to complete the vote count by the end of November, and the commission will come out with the final election results by December 8.

Sanjeeb Phuyal
Sanjeeb Phuyal is the Nepali Editor of Newschecker based in Kathmandu, Nepal. He brings over a decade of experience writing and editing breaking news and features on Nepali politics, society, environment and current affairs. Most of his work appeared in Kathmandu Post, where he spent over ten years leading and managing the online team and putting innovative ideas into practice. Besides overseeing daily news, features and visual journalism, he’s also translated and edited content. With the growth of social media platforms—and the ever-growing competition amongst media outlets to churn out breaking news, he feels that fact-checking every piece of news and information has become essential today than ever before.
Facebook
Twitter
WhatsApp
Linkedin
Previous article
Bhim Rawal Is Denied A Party Ticket But Viral Video Falsely Appeals People To Vote For Him
Next article
Facebook Post Falsely Claims Maoist Chairman Prachanda Attacked in Gorkha