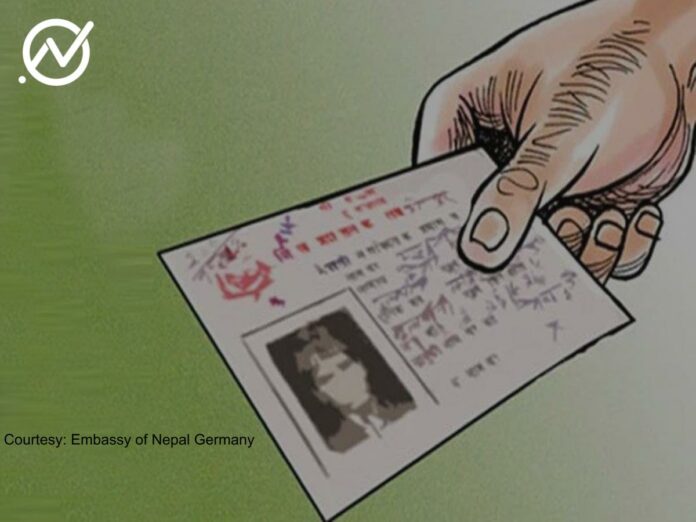 The amendment bill to the Citizenship Act, 2006 has dominated news headlines in Nepal. The House Speaker sent the bill to the President’s Office on July 31 for authentication after both the Houses—lower house and upper house—endorsed it on July 22 and July 28 respectively.

The issue gained attention after President Bidhya Devi Bhandari returned the bill that had been forwarded to her for authentication on August 14 for reconsideration with a 15-point message. But the House of Representatives endorsed the bill in its existing form without incorporating the concerns raised by the President, indicating that the bill is turning into a bone of contention between the President, a ceremonial post with no executive power, and the House of Representatives—mainly the lawmakers from the ruling alliance. The National Assembly on August 28 forwarded the bill to the Legislative Management Committee of the parliament for deliberations.

What does the Nepal Citizenship Amendment bill, 2022 aim to achieve?

The bill seeks to amend Nepal’s Citizenship Act, 2006 which was adopted after Nepali people agreed to replace the institution of monarchy and conduct an election to the Constituent Assembly to write a new constitution of federal democratic republic Nepal. The amendment to the Citizenship Act is necessary to make it consistent with the new constitution. Article 304 of the Constitution states that the acts and regulations that are in conflict with the current Constitution are rendered invalid after 18 September 2016—one year after the promulgation of the constitution.

Who will benefit after the act is amended?

Is this the first time the amendment to the act is put up for discussion?

No, the erstwhile KP Sharma Oli government had registered Nepal Citizenship Act (Amendment) Bill back in August 2018. But the bill could not move ahead as the State Affairs Committee failed to build consensus on it. The previous bill was under discussion for nearly four years before the current coalition government of Nepali Congress and CPN (Maoist Centre) withdrew it earlier in July this year to register a new bill.

Why is the bill in the eye of a controversy?

The thorniest issue regarding the current bill is that it allows foreign women that marry Nepali men to  become naturalised citizens as soon as they initiate the process to renounce citizenship of the country of their origin.  The issue of not having a cooling-off or interval period for foreign women married to Nepali men before acquiring naturalised citizenship had long been a sticky issue between the political parties. The CPN-UML had strong reservations about the same provision.

The State Affairs and Good Governance Committee of the House of Representatives had recommended certain provisions, including the waiting period for foreign citizens married to Nepali citizens before getting Nepali citizenship. But the new bill has not taken that into account and retained the provision to grant citizenship to foreign women immediately after the marriage. It is this provision in the current bill that is being widely criticised. Earlier, the CPN-UML and the CPN (Maoist Centre) were on the same boat regarding the provision, while the Nepali Congress and Madhes-based parties were against keeping the interval period. However, the CPN (Maoist Centre) later switched side and supported the controversial position.

What are the major changes in the amendment bill?

According to the new bill, children can choose the surname and address of either of their parents while applying for citizenship. Unlike the old system of having details of father, grandfather or husband, the new citizenship will have the details of both father and mother. The bill has also made provision for granting citizenship by descent to the children of Nepali women. But in case the unidentified father is found out to be a foreigner, the citizenship by descent would be converted to naturalised citizenship.

The bill has also proposed an arrangement for conferring citizenship to orphans whose father and mother are not identified. This route of acquiring citizenship would take into account testimonials from orphanages and local governments.

Heeding to the aspiration of non-resident Nepalis living in different parts of the globe, the bill has incorporated the provision of granting citizenship to Nepali diaspora with economic, social and cultural rights. Nonetheless, such citizenship would not have any political rights.

Is the new law discriminatory against women?

Legal eagles and activists say the amendment bill is obviously discriminatory against women and treats women as second-class citizens. Though the bill has a progressive provision of granting citizenship by descent to a child born in Nepal to a Nepali woman and an unidentified father, there is a ‘self-declaration’ clause attached to it. Meaning the woman must declare that the father can’t be identified, and she can be jailed or fined in case the claim turns out to be false. This clause has been seen as disrespectful towards women. However, a Nepali man can confer citizenship to his child without mentioning the name or nationality of the mother.

Politics over the amendment bill

The main objective of the bill to amend the Citizenship Act 2006 was to address the demands of the Madhesh-centric parties and Non-resident Nepali Association. While nationalist activists have expressed concerns suggesting that the easy citizenship provisions in Nepal could be exploited by people from across the border in India and China, some others have even accused the ruling coalition of endorsing the bill under India’s instruction as it happened only five days after CPN (Maoist Centre) Chairman Pushpa Kamal Dahal returned from India visit. Observers have also dubbed the endorsement of the bill as a tactic to woo the voters ahead of November elections.

Sanjeeb Phuyal
Sanjeeb Phuyal is the Nepali Editor of Newschecker based in Kathmandu, Nepal. He brings over a decade of experience writing and editing breaking news and features on Nepali politics, society, environment and current affairs. Most of his work appeared in Kathmandu Post, where he spent over ten years leading and managing the online team and putting innovative ideas into practice. Besides overseeing daily news, features and visual journalism, he’s also translated and edited content. With the growth of social media platforms—and the ever-growing competition amongst media outlets to churn out breaking news, he feels that fact-checking every piece of news and information has become essential today than ever before.
Facebook
Twitter
WhatsApp
Linkedin
Previous article
Viral Videos Claiming To Show Arson Attacks During Recent Nationwide Strike In Nepal Are False
Next article
Viral Video Purporting To Show Recent Air Crash In Kathmandu Is Old

No, Cricketer Sandeep Lamichhane Has Not Been Proven Innocent, Viral Video Is False